Locally-grown fruits and vegetables taste better and are better for you. Whenever possible, Seashore opts to purchase from local growers. Local commodities are grown in proximity to a distribution center which allows them the time to be tree or vine-ripened. Additionally, when commodities are picked at their peak of ripeness, more of their vitamins, mineral, and phytochemicals are retained.

We also believe in supporting local, independently-owned growers. To further our commitment to our local community, we are a part of a national sustainability program—Greener Fields Together. By pulling resources with the other members of PRO*ACT, we are able to offer local growers food safety education. In 2015 Greener Fields Together launched its grant program Cultivating Change and awarded $60,000 to small, independent growers.  If you’re interested in getting involved or just want more information, contact us directly or visit greenerfieldstogether.org.

We communicate our locally-sourced availability weekly during peak season. Please keep in mind that availability is subject to changes in growing conditions and that some items may require advance notice for us to source. To help us better serve you, please utilize our menu planner and reach out to your sales representative with any questions.

Use this as a guide, but remember to reach out to your sales representative before publishing your menu.

Learn more about our local partners. 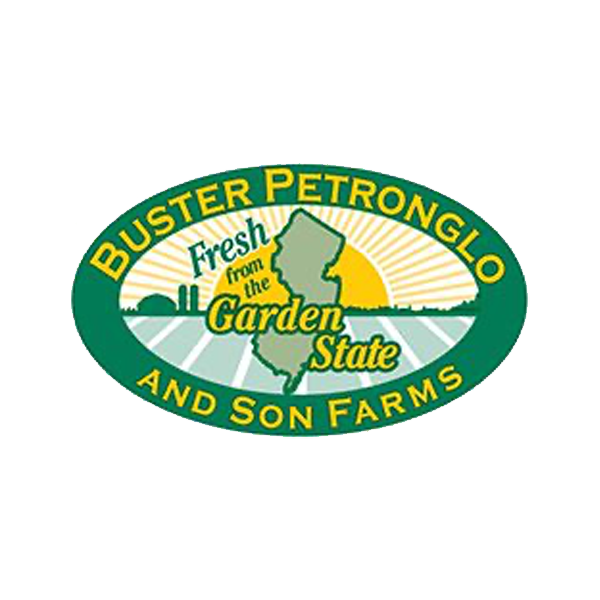 Dan Graiff Farms is a fourth generation family-owned and operated farm. They take pride in providing the food industry with the highest quality products. All aspects of their business are closely super-vised by family members so that we can ensure the highest quality stan-dards, from production to finished product. Dan Graiff manages the grow-ing and production side, while Jamie is involved in sales and purchasing. Our Food Safety Program is run by Dan’s son Scott (a 5th generation farmer) and Doris (Mom) manages the office.

The Graiffs farm 250 acres in southern New Jersey. They also work closely with other family farms in Florida, California, and Canada to a provide year-round supply. All growers pride themselves on quality and safety, with GMP, GAP, and food safety programs in place.

Graiff’s products are washed, peeled and packed daily in their newly reno-vated facility, under the Five Star Premium Greens and Herbs label. They are constantly looking for new and innovative ways to ensure the safest and highest quality products, which they guarantee 100%. They take pride in being good stewards of the land, using IPM programs and crop rotations to ensure sustainability, as well using 100% recyclable packaging. 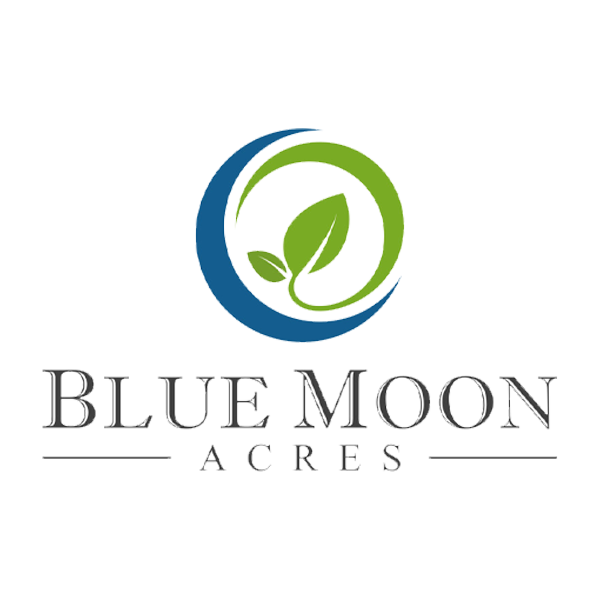 Blue Moon Acres farm was started by Jim and Kathy Lyons in 1992 as a CSA (Community Supported Agriculture) farm, growing a small array of vegetables and greens at the home farm in Buckingham, PA.

Now, twenty-seven years later, the farm has grown to include numerous varieties of micro greens, specialty greens, edible flowers, and produce in the greenhouses and fields in Buckingham, PA and Pennington, NJ. Blue Moon Acres uses only natural methods in the growing process- no synthetic fertilizers, chemical pesticides, fungicides, herbicides, fertilizers, GMO’s ,or growth regulators are ever used.

Martin’s Quality Eggs was founded in 1963 by Lester Martin and his father Ellis. They started out selling eggs from local farms in Lancaster County, and they continue to sell quality farm fresh eggs. With a good quality business foundation, the business has grown to include the 3rd and 4th generations. Martin’s recently moved to a new facility, where they operate their state of the art equipment to wash and grade the farm fresh eggs. The family business is well known for their dependable service and competitive prices. Their customers have come to depend on the fresh eggs with grade “AA” diner quality for the best breakfasts. To keep in step and extend their markets, they offer a full line of egg products and a partial line of dairy products. The egg products come as pasteurized liquid or frozen eggs, and ready-to-serve hard cooked eggs.

It all began in 1929 when Charles Frederick Fifer moved his family from the Shenandoah Valley of Virginia to the fertile lands of Kent County, Delaware pursuing his passion to grow high-quality fruits and vegetables. The moderate climate and hearty, well-draining soil of this agriculturally rich region provided ideal conditions for growing a diverse mix of fruits and vegetables, including: peaches, apples, tomatoes, sweet corn, asparagus, and more. Charles began with 300 acres of land and belief in crop diversification, farmland stewardship, and growing high-quality produce. He understood that farming is inherently a gamble and that having all of your eggs in one basket can lead to disaster. His vision was accurate and this philosophy is what has enabled the farm to weather storms and challenges over the past 95+ years.

In 1910, Santo and Sara Maccherone came to America from Italy with the dream of one day owning a farm. After saving up, they purchased a farm in 1942.
Today, Santo John Maccherone (third generation) and his son John Maccherone (fourth generation) continue their family tradition of farming. The family shares a hard work ethic and hands-on approach to farming. Santo runs the packing shed; John works alongside the harvesting and picking teams to ensure that they’re producing the freshest peaches possible. Circle M Farms grows peaches, nectarines, and plums. John works closely with the Rutgers agriculture and is working on a test crop of cherries.

Elvin Huntsinger started Huntsinger Farms, Inc. in 1921. The family farm is currently being operated by his daughter Ruth Terwilliger, son-in-law Alan Terwilliger, and his three grandsons John, Stephen, and Neil Terwilliger. Elvin was an innovator in the field of potato growing and packing. He was one of the first to pack potatoes in poly bags in the late 1950s.

Huntsinger Farms is located in Hegins, Pennsylvania where they grow 80 acres of red, white, and golden potato varieties. They also produce potatoes in the fertile muck land around Sodus, New York. They plant, grow, harvest, store, sort, and pack potatoes differently than most American potato operations. They have adopted technology from European agricultural practices to maximize the quality of their finished product.

Located in the heart of Mushroom Country— Chester County, Pennsylvania, MJB is a family-owned marketer and packer of fresh quality mushrooms. They represent neighboring mushrooms growers.

WAC Mushrooms is MJB’s white mushroom supplier. Billy Catana was immersed in the mushroom business from a young age, with his grandfather and father. In 1988, he started his own business, WAC Mushrooms. Billy is a smaller grower; he employees 40 workers who carefully hand select each mushroom; WAC moves about 85,ooo cases per week. Tom Masha supplies MJB with crimini and portabella mushrooms. MJB’s primary source for maiitake, oyster, and shiitake mushrooms is a larger grower, Kennett Square Specialties in Kennett Square, PA. The town is dubbed the Mushroom Capital of the World. 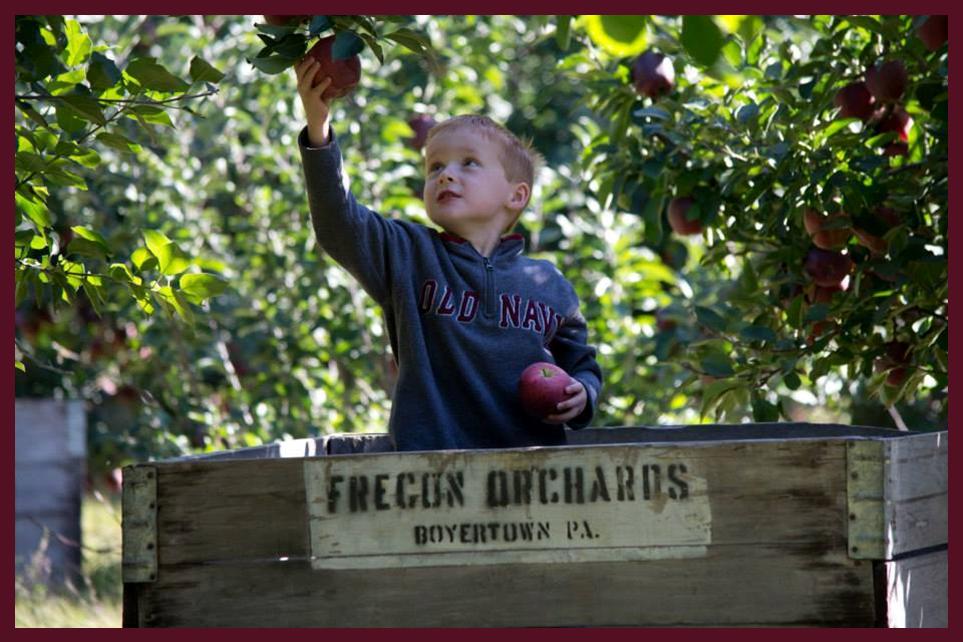 For 65+ years the Frecon family farm has been a labor of love, focused on providing Boyertown, PA and the surrounding area with fresh fruit to enjoy with the ones they love.

Richard S. Frecon came to the United States and worked a serious of jobs before landing a produce in-spections job in southeastern Pennsylvania. In 1944 he settled in Bucks County and purchased Boyertown Fruit Farms in the Apple Basket of the East. Richard established Frecon Orchards focusing on apple and peach production, revolutionizing packing procedures and growing practices. He and his wife Martha raised 6 children, all of whom have worked for the family business throughout the years. Richard’s mother Mary started a small roadside stand in 1951 selling directly to travelers and passersby. Over the years, this small roadside stand grew into one of eastern Pennsylvania’s first full service retail farm markets.

In 2005 Hank and Steve Frecon and their long-time friend Chris Adukaitis launched their website and Frecon’s Pick Your Own; attracting visitors from all over the tri-state area. They bought Frecon Orchards Outlet and changed the name to Frecon Farms. Today, they continue to pursue retail opportunity and have grown the PYO business with a series of events throughout the year. 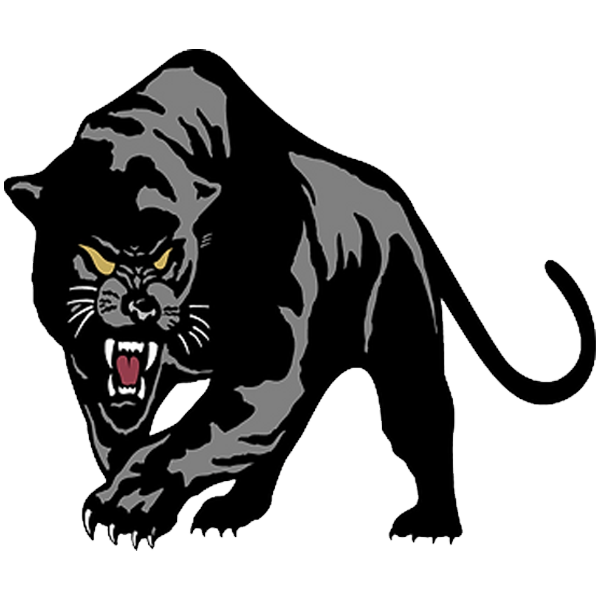 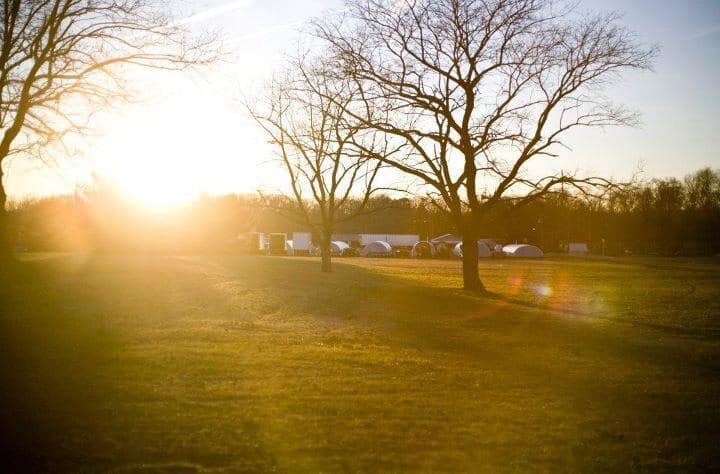 Flaim Farms is a totally family-owned and operated farm currently in their fourth generation which began 1934. Over the years, they’ve seen many large family farms have had to close. The cost of running a top quality producing operation increases each year which leads to unfortunate choices to be made. 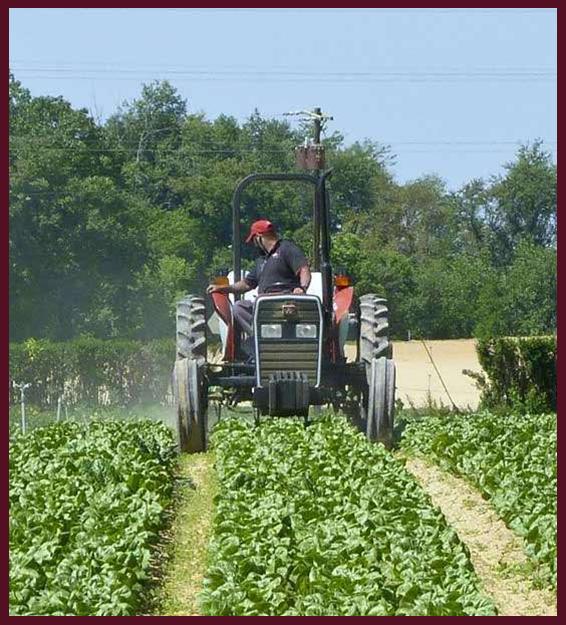 The history of the Ploch family farm can be traced back to the 1800s when Ryan’s great grandfather moved from Germany to northern New Jersey and started a dairy farm. In 1916, they converted to growing vegetables. With a large family, the Plochs sold the 9-acre farm to divide it up between everyone. Ryan’s father and uncle moved to Vineland in 1973 and bought the land they’re farming today.

Today, Ploch Farms is a cornerstone of the wholesale market in the region. John and his son Ryan farm about 250 acres with a focus on quality. They grow a wide variety of vegetables but are best known for their herbs and leafy greens.

Variety Farms was started by John R. Bertino in 1925 with eight acres

and one horse. After emigrating to the United States from Italy, he began growing raspberries, blackberries, and strawberries. In 1928, he bought 150 blueberry plants from Whitesbog, which were some of the first

blueberry plants ever propagated. He continued to farm and in the 1940s, John’s son John N. Bertino came aboard. With the help of his son, the farm would eventually grow to around 2000 acres of land. The crops grown at that time were apples, strawberries, and blueberries. John’s son watched the popularity of Blueberries increase drastically, so he decided to start his own label: Diamond Blueberries. Around the 1980s, the farm concentrated on just harvesting blueberries, and currently farms over 700 acres of them.

John N. Bertinos’ three daughters continue the operation today with the fourth generation joining in the family operation. In this constantly

changing industry, Variety Farms Inc strives to remain current with all the growing, harvesting, packing, and safety procedures and to provide

Thanks for signing up!